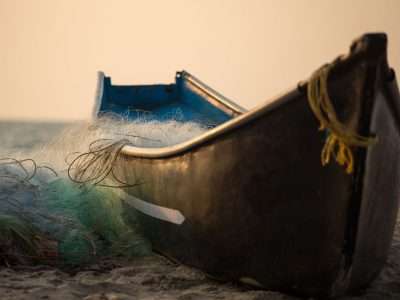 The 1981 Foreigner hit “Jukebox Hero” tells of a young man whose entire life is changed by one resounding note of a guitar. In a flash, he knew that his destiny was to become a Jukebox Hero, a world-class guitarist. Sometimes you know without a moment’s hesitation what the right choice is, and you are willing to give up whatever it takes to pursue it. There are two Bible characters that display this immediate commitment. The first is Ittai the Gittite; the second is Andrew.

When David fled from Absalom, he took servants with him. Six hundred Gittites, Philistines from Gath, went out with David; He singled out one. “‘Why do you also go with us?’” David asked Ittai the Gittite, “‘Go back and stay with the king, for you are a foreigner and also an exile from your home. You came only yesterday, and shall I today make you wander about with us, since I go I know not where?’…But Ittai answered the king, ‘As the LORD lives, and as my lord the king lives, wherever my lord the king shall be, whether for death or for life, there also will your servant be.’” (2 Samuel 15:19-21).

Ittai had nothing tying him to David; they didn’t have history together. Instead, Ittai chose to follow David because he understood that David was the genuine king. Later, in chapter 18, Ittai became commander of a third of the army with Joab and Abishai. He became a trusted ally to David, single-handedly redeeming the narrative of his town which Goliath had sullied. Ittai the Gittite committed his life to David because he knew instantly that David was the real deal.

Andrew had the same reaction to Jesus. Andrew was fishing with his brother, Peter when Jesus approached them. “‘Follow me,’” Jesus said, “‘And I will make you become fishers of men’” (Mark 1:17). Unlike the other gospels where John introduced Andrew to Jesus (John 1:36) or where Jesus performed miracles to convince them first (Luke 4:38, 5:6), Mark presents it as a simple act of faith. Jesus said, “Follow me.” “And immediately they left their nets and followed him.” (Mark 1:18). James and John did likewise just two verses later. The example is clear. When you meet the genuine king, you follow him wherever he goes.

Like love at first sight or the sound of “that one guitar,” there are moments in life where it becomes clear that there is no way around the truth. Sometimes we respond immediately like Andrew, Peter, James, and John. Sometimes the call comes the next day like Ittai. Other times, like with Menasseh and Paul, it takes years, but whenever it happens, we need to be all in.

“Wherever my lord the king shall be, whether for death or for life, there also will your servant be.” – Ittai (2 Samuel 15:21)