Who Shall Dwell on Your Holy Hill? 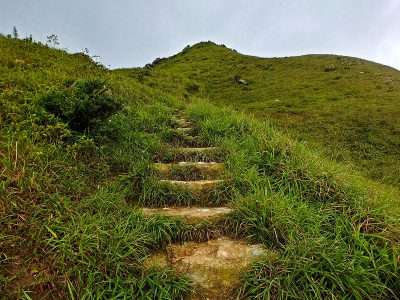 I want to ascend the holy hill of God. I can see its fertile slopes with otherworldly serenity (Isaiah 11:6-9). Most importantly, I want to be where God is. Psalm 15 lists six virtues that we must have to sojourn in His tent and dwell on His hill. We talked about blamelessness, truthfulness, and goodness last month, and this month we will discuss the last three, justice, faithfulness, and meekness.


O LORD, who shall sojourn in your tent? Who shall dwell on your holy hill?

He who walks blamelessly and does what is right

and speaks truth in his heart; who does not slander with his tongue

and does no evil to his neighbor, nor takes up a reproach against his friend;

in whose eyes a vile person is despised, but who honors those who fear the LORD;

who swears to his own hurt and does not change;

who does not put out his money at interest and does not take a bribe against the innocent.

He who does these things shall never be moved.

If we wish to be with God on His holy hill, we need to be just. “In whose eyes a vile person is despised, but who honors those who fear the LORD” (verse 4). Christians are a bit like police officers. We have the important job not only of upholding the law but also of stopping those who do not. Any sort of power we wield— a position at work, in a club, in government, in the family, or simply in the social power and democratic rights we all have— should be used to defeat evil and honor what is good. To that end, we must speak out against injustice, unrighteousness, and general filth and work to create pockets of the world where their influence is nullified. For a King that may mean grand plans of reform (Psalm 101), but for most of us, it is among our family, friends, and church that we show the value of righteousness and justice in the small area of the world we inhabit (1 Corinthians 5:11, 1 Timothy 3:4).

Faithfulness is the fifth virtue in this Psalm. He “swears to his own hurt and does not change” (verse 4). There are times in life where we will promise to do something that will later be disadvantageous to us. Joshua made a covenant with the Gibeonites in Joshua 9, but even though they tricked him, he kept his word. For us, that may mean that we help someone move when we would rather be at home or perhaps, we fill in for someone to teach Bible class when it really was a busy week because we keep our word.

Now, there may be times when it is not wrong to back out when things come up, but those times should be considered with great caution. A person who dwells on the mountain of God is a person who keeps their word; they are dependable.

Last, a person who dwells with God is meek. He “does not put out his money at interest and does not take a bribe against the innocent.” (Verse 5). A major problem throughout time is the abuse of power. In a world where many believe that might make right, there are those who have the might, perhaps even the right, and yet they choose to hold back their power for the good of others. While bribery and lending at interest are both forbidden under the old law as being unjust and exploitative (Exodus 23:8, Leviticus 25:37), we are not forbidden to charge interest today. However, there are certainly times where it could be exploitative, and in those times, we choose to let go of our power and choose love and meekness. Outside the realm of money, this concept can be found in forgiveness, submission, and other such virtues where we choose to relinquish our power for the good of another. This is what the righteous man does.

If we want to be with God on his holy hill, we must become like him. God is perfectly just, always faithful, and constantly meek and merciful. Let us strive to abound in these attributes so that we may dwell where God is.